Description: The size of a small housecat, the head resembles a mammalian skull with two bright, black, deep set eyes. The Lingering Horror has on its front paws two long claws used for climbing and the manipulation of objects, and one dew claw. The hind feet each have two large talons.

Notes: The Lingering Horror is a non-sapient being, and something of a mystery. There is discussion amongst the scientific community as to whether it even counts as an animal, as it appears to consume neither food nor water directly- and I say directly, because in studies the Lingering horror has been placed in a secure container (holes allowed for air circulation) with a variety of liquids and foods to suit a carnivorous, herbivorous or insectivorous diet; and then monitored for periods of up to one week. The food and drink appeared to have been consumed (with an apparent preference for vegetarian fare), but the monitors reported that no contact had been made between the creature and the edible materials. Odd.

The lingering Horror appears to prefer urban habitats, living in close proximity to humans. They have a penchant for shiny objects.

Even those without the Sight will be aware of their presence- scratching in the walls, something rooting through household waste, raiding the larder and, most notably, a feeling of distinct unease. Experiments in a controlled environment have shown that the aura of discomfort is usually 3ft to 20ft in diameter, depending on the individual. The number of creatures in a space does not seem to affect the radius or intensity of the sensation.

Once the volunteer was removed from the area of effect, he recovered with the aid of a sugary cup of tea and a quick lie down.

The Lingering Horror has been given the class ‘Neutral’, because, to the best of my knowledge, it poses no danger to any human. However, the occupation of an area by these creatures often seems to herald the arrival of a more dangerous entity- I intend to further study this in an effort to confirm whether it is pure coincidence, or if one follows the other. 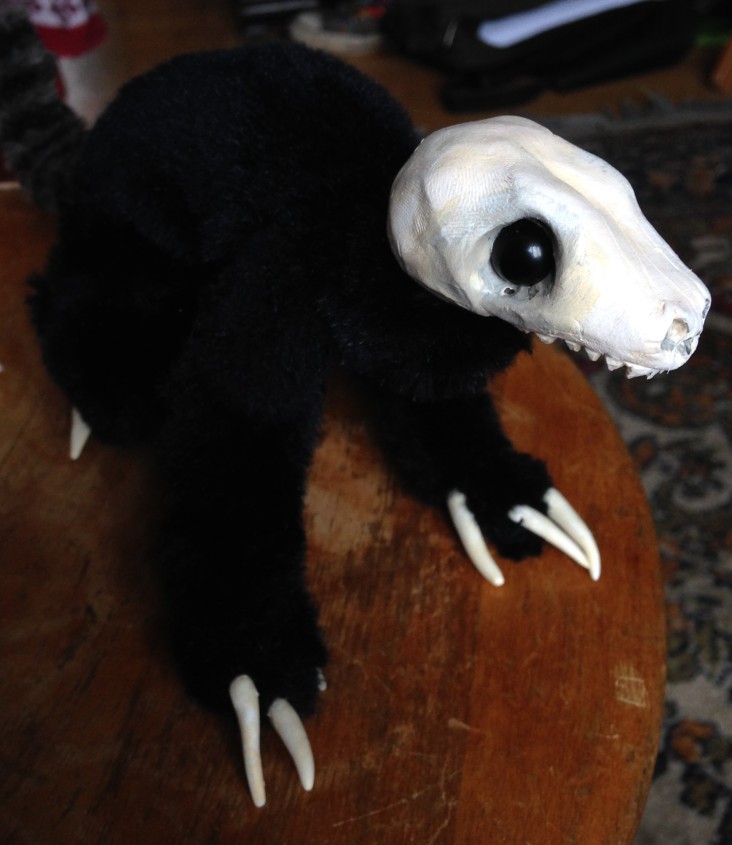